Bad ads are going to happen. Advertising is hard. Sticking out in a sea of sameness is hard.

And sometimes, desperately fighting for customer recognition and attention in the age of ads everywhere—on your computer, on your TV screen, in the mail, and even on the street—can have otherwise qualified advertisers turning to senseless and hurtful marketing techniques.

Let’s talk about these bad ads and marketing failures. How much did they collaborate on these ads to alter and fix images or text? Did any internal discussions occur that could have caught some of these insensitive and bad ads?

We’ll cringe, yes—but we’ll also hopefully learn a few things about how not to get attention with advertising.

This one’s still fresh. At the beginning of April 2017, Pepsi debuted an ad depicting Kendall Jenner in the middle of a photoshoot when she spots a protest happening in the middle of the street. Beckoned by a nod from a passing protestor, she whips off her wig to join in.

Things don’t get really bad, though, until she walks up to a police officer manning the protest crowd and hands him a Pepsi, therefore stopping protests—and socioeconomic conflict, racial tension, gender inequality, and really just, like all bad vibes—forever.

Pepsi mistook social justice movements for opportunities to sell soda, which is pretty disrespectful to the people who have suffered and sacrificed for the sake of protest and change.

What’s worse? At the center of Pepsi’s apology weren’t BLM supporters or Women’s Marchers as expected, but Kendall Jenner herself.

Wanting to lend a helping hand for social change is good. Using serious social issues to sell a product is insensitive and insulting.

Bloomingdale’s wished their catalog readers a cheery holiday with this creepy ad copy:

The internet was outraged, most social media users finding it unbelievable that the ad was even real and actually approved by Bloomingdale’s higher-ups.

In an attempt to stand out, Bloomingdale’s lapse in judgment resulted in an ad that possibly was supposed to be quirky or funny, but ended up being creepy and outrageously offensive.

For women? It’s frightening. For men? It’s embarrassing. And for victims of date rape? Absolutely horrifying.

“What are the implications of what we’re saying? Are those implications good or bad?” That’s what you have to ask yourself with every piece of ad copy you approve or write.

In 2015 Bud Light debuted a new tagline to go with their Up For Whatever campaign:

One might call it an honest mistake since at first glance it seems like it does fit in really well with the whole “Up For Whatever” personality the brand is going for. But then we remember that the phrase “No Means No” is a thing—and that combining alcohol and the implication that no….doesn’t mean no? in an ad is a bad idea.

Again: “What are the implications of what I’m saying?” You and your marketing team must ask this at every turn. To not do so is irresponsible marketing.

4. Airbnb Gets Passive Aggressive About Taxes

In 2015 Airbnb was angry about a hotel tax policy that meant Airbnb hosts and guests had to pay a lot of money in taxes. Not classifying themselves as a hotel service, the company was understandably angry.

Then, in the most passive-aggressive advertising campaign ever, Airbnb put up ads all around San Francisco suggesting what the city should do with all that Airbnb tax money.

Whether or not you agree it’s unfair that Airbnb has to pay the hotel tax, the bottom line is that the ads made Airbnb look like a bunch of jerks. Actually, that’s what CEO Brian Chesky said about the ads: “It made us look like jerks.”

Be careful about the emotions you’re evoking in your audience. If an ad might make its reader feel like she just got caught in a middle school-style catfight between you and the local government, it’s probably best to scrap it.

5. Burger King Botches Their Own Version of “Where’s Waldo.”

Let’s throw it all the way back to 1985. This one’s just one big giant mess, so let’s break it down:

A few reasons: 1) No one cared who Herb was. 2) It was just too random: who is this guy and why are we trying to find him? No one really knew. 3) The contest rules were poorly communicated and resulted in a nasty PR situation.

If you’re going to have a brand mascot, try to have it make some sense. Don’t try to get people to care about your mascot or promotion without giving them a reason to first. (Oh, and be very, very clear about contest age restrictions.)

Yes, Pepsi again. In 1993 in the Philippines, Pepsi ran a lottery, in which—if you found the bottle cap with the right code on it—you could win $40,000.

Do we even have to say it? False hope and botched lotteries are not good ways to do business.

If you’re going to run a lottery or contest or anything promising a big, life-changing reward, please make sure you’re running it carefully and 100% free of mistakes.

7. Fiat Moonlights as a Stalker

In 1992, 50,000 Spanish women got a letter from a stalker saying things like, “We met again on the street yesterday and I noticed how you glanced interestedly in my direction.” They then invited the female recipient to embark with them on an adventure.Except the letters weren’t from a stalker. They were from Fiat, the car company.

Be clear about your intentions in your advertising, and point it out plainly if you have to: “This is an advertisement. We are not actually stalking you.”

Which, because of the 1) two cups, 2) strangely square-tipped blades of grass that resembled buildings, 3) zooming dragonfly, and 4) ad copy “Collapse Into Cool”, made people think Starbucks was…poking fun? (or just really that ignorant?) at the 9/11 catastrophe.

Obviously, it’s wildly offensive. Was it just a huge coincidence? I don’t even know—I still don’t understand the logic behind this one.

Stay alert for symbolism that might be—whether intentionally or unintentionally—depicted by the words or images in your ad.

In 1996, Panasonic’s Japan branch marketed a touchscreen PC with cartoon character Woody the Woodpecker as its brand mascot.

Oh, and the campaign’s slogan? “Touch Woody, the Internet Pecker.”

It’s probably best not to use phallic references in your marketing. The fact that it was accidental made Panasonic look even worse.

10. Turner Broadcasting Promotes with a Bang

In early 2007, Turner Broadcasting had small blinking LED devices depicting a cartoon character installed in 10 major cities around the US. The intention was to use guerrilla marketing to create hype for the upcoming Aqua Teen Hunger Force movie.

The nondescript ad freaked people out, causing Bostonites to call reports of what looked like bombs. Panic ensued. A bomb squad was called in. And people were not happy.

But seriously, when you’re distributing or installing exhibits as part of guerrilla marketing, be extra careful. If there’s any possibility it’ll make passersby feel unsafe, scrap it.

In 2013, Hyundai ran a commercial in the UK that essentially said, “Our cars are so safe you can’t even commit suicide in them.”

The point was that the sedan doesn’t produce harmful emissions like other cars do, and unfortunately the campaign’s creators thought a good way to get that point across was to show a man’s unsuccessful suicide.

Just like Pepsi trivialized social justice movements, Hyundai trivializes the heartbreak and devastation of suicide. You can’t be a person who’s suffered from suicidal thoughts—or a person who has lost someone due to suicide—and enjoy Hyundai’s ad, and that’s why they missed the mark.

12. LifeLock’s CEO Dares You to Steal His Identity

In 2007, LifeLock CEO Todd Davis posted his social security number on a billboard and dared the world to steal his identity.

Plot twist: that’s not actually a plot twist because everyone saw it coming: a lot of people stole his identity.

It’s not just because this ended up being a huge headache for Todd Davis on a personal level. To make matters worse, the fact that people actually called Davis out on his dare and proved LifeLock’s security breachable made the whole campaign painfully embarrassing for LifeLock and everyone involved.

Don’t dare your audience to do something you don’t actually want them to do. People will call your bluff, so be prepared to handle the consequences.

What do all these takeaways have in common? Prudence. Thoughtfulness. Social consciousness.

If you’re unsure about whether or not an ad you’re about to put out there is offensive, ask. Ask a stranger on the street if you have to. Ask a neighbor. Ask a friend. Will my ad offend someone? What kind of mental associations will this conjure for my brand?

If the answer’s less than stellar, scrap it. 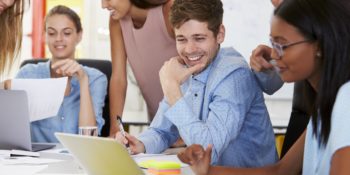