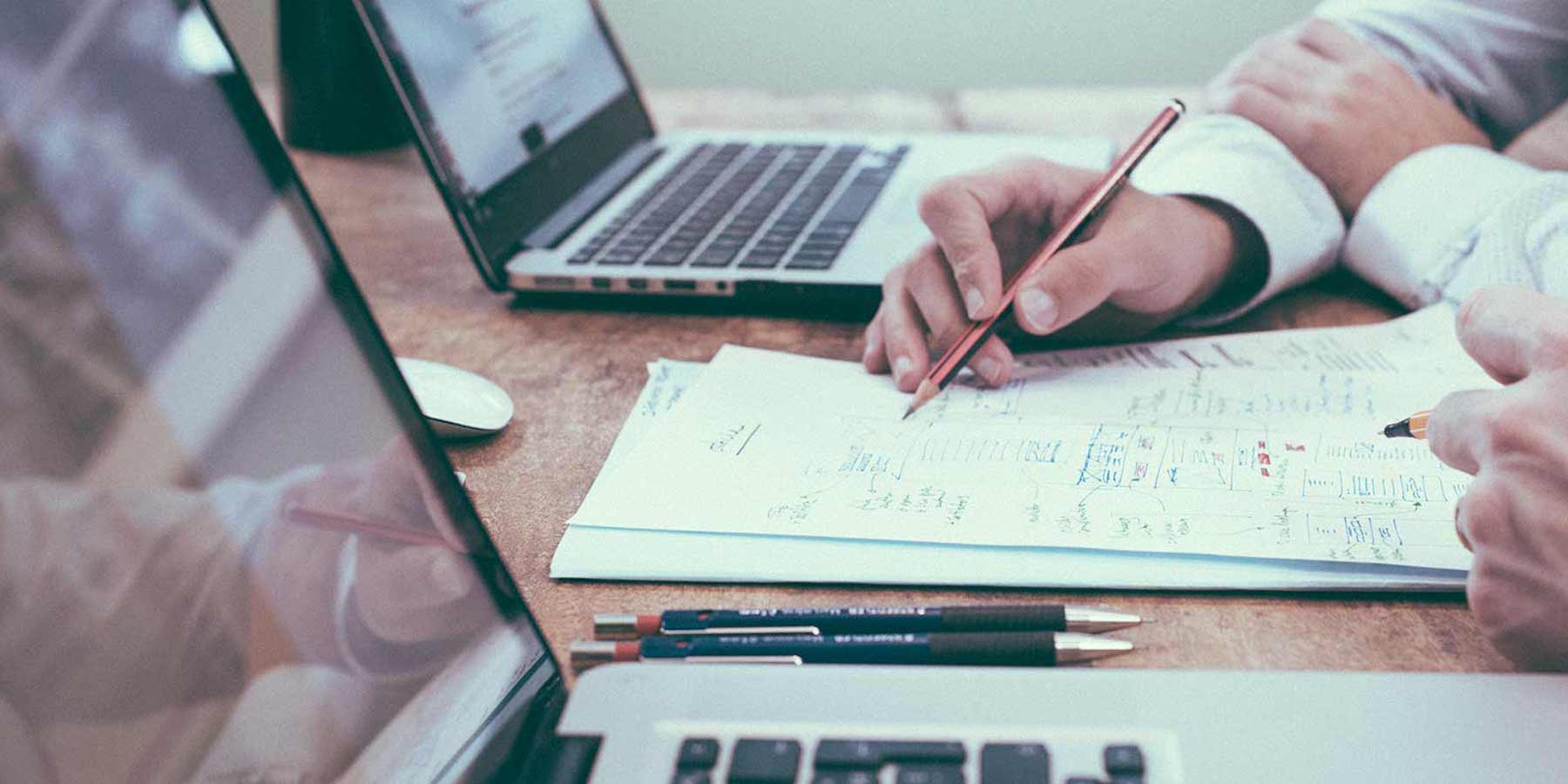 Do you reference leadership quotes when you are leading? Do you use quotes to motivate you?

It’s hard to know the right answer when you’re in the trenches of leading teams and others. And it’s easy to lose your motivation while wading through the details. No one knows your situation quite like you do.

Looking for project management software to help lead your team? Give Workzone a look. It’s software that’s powerful but still easy to use for all users.

“What you do has far greater impact than what you say.” – Stephen Covey, author and educator

“Develop success from failures. Discouragement and failure are two of the surest stepping stones to success.” – Dale Carnegie, author and motivational speaker

“Ninety percent of leadership is the ability to communicate something people want.” – Dianne Feinstein, U.S. Senator

“An organization’s ability to learn, and translate that learning into action rapidly, is the ultimate competitive advantage.” – Jack Welch, former CEO of General Electric

“It’s fine to celebrate success but it is more important to heed the lessons of failure.” – Bill Gates, co-founder of Microsoft

“It takes 20 years to build a reputation and five minutes to ruin it. If you think about that, you’ll do things differently.” – Warren Buffett, investor

“Outstanding leaders go out of the way to boost the self-esteem of their personnel. If people believe in themselves, it’s amazing what they can accomplish.” – Sam Walton, founder of Walmart and Sam’s Club

“Of all the things I’ve done, the most vital is coordinating those who work with me and aiming their efforts at a certain goal.” – Walt Disney, founder of Disney

“Leadership is something you earn, something you’re chosen for. You can’t come in yelling, ‘I’m your leader!’ If it happens, it’s because the other guys respect you.” – Ben Roethlisberger, Pittsburgh Steelers quarterback

“You don’t have to hold a position in order to be a leader.” – Henry Ford, founder of the Ford Motor Company

“Innovation distinguishes between a leader and a follower.” – Steve Jobs, co-founder and former CEO of Apple

“Perfection is not attainable, but if we chase perfection we can catch excellence.” – Vince Lombardi, legendary Green Bay Packers coach

“True leadership stems from individuality that is honestly and sometimes imperfectly expressed… Leaders should strive for authenticity over perfection.” – Sheryl Sandberg, COO of Facebook

“To have long term success as a coach or in any position of leadership, you have to be obsessed in some way.” – Pat Riley, President of the Miami Heat and former Lakers coach

“We do not need magic to change the world, we carry all the power we need inside ourselves already: we have the power to imagine better.” – J.K. Rowling, author of the Harry Potter series

“Each group and each youngster is different. As a leader or coach, you get to know what they need.” – Mike Krzyzewski, Duke basketball coach

“We are all faced with a series of great opportunities brilliantly disguised as impossible situations.” – Chuck Swindoll, Christian pastor and radio preacher

“Some people want it to happen, some wish it would happen, others make it happen.” – Michael Jordan, Hall of Fame basketball superstar

“A man who wants to lead the orchestra must turn his back on the crowd.” – Max Lucado, Christian author and preacher

“Be faithful in small things because it is in them that your strength lies.” – Mother Teresa, Catholic nun and saint

“The future belongs to those who believe in the beauty of their dreams.” – Eleanor Roosevelt, former first lady of the United States

“Knowing what must be done does away with fear.” – Rosa Parks, civil rights activist

“Keep your eyes on the stars, and your feet on the ground”. – Theodore Roosevelt, former U.S. President

“Leadership is a matter of having people look at you and gain confidence, seeing how you react. If you’re in control, they’re in control.” – Tom Landry, former Dallas Cowboys coach

“It took me quite a long time to develop a voice, and now that I have it, I am not going to be silent.” – Madeleine Albright, former U.S. Secretary of State

“The task of the leader is to get his people from where they are to where they have not been.” ― Henry Kissinger, former U.S. National Security Advisor and Secretary of State

“Great leaders are almost always great simplifiers, who can cut through argument, debate and doubt to offer a solution everybody can understand.” – Gen. Colin Powell, former U.S. Secretary of State

“To be a leader, you have to make people want to follow you, and nobody wants to follow someone who doesn’t know where he is going.” – Joe Namath, former New York Jets quarterback

“When the whole world is silent, even one voice becomes powerful.” – Malala Yousafzai, activist

“If your actions inspire others to dream more, learn more, do more and become more, you are a leader.” – President John Quincy Adams, former U.S. President

“If you want to make enemies, try to change something.”– Woodrow Wilson, former U.S. President

“In periods where there is no leadership, society stands still. Progress occurs when courageous, skillful leaders seize the opportunity to change things for the better.” – Harry Truman, former U.S. President

“Nearly all men can stand adversity, but if you want to test a man’s character, give him power.” – President Abraham Lincoln, former U.S. President

“You have enemies? Good. That means you’ve stood up for something, sometime in your life.” – Winston Churchill, former British Prime Minister

“Leadership and learning are indispensable to each other.” – John F. Kennedy, former U.S. President

“A genuine leader is not a searcher for consensus but a molder of consensus.” – Martin Luther King Jr., civil rights activist

“I suppose leadership at one time meant muscles; but today it means getting along with people.” – Mahatma Gandhi, Indian independence movement leader

“A leader is a dealer in hope.” – Napoleon Bonaparte, French military leader and emperor

“If ‘leadership’ has come to be known as something much bigger than us, aligned to changing the world, then we are spending way too much time celebrating things that hardly anyone can do and not celebrating things we can do every day.”- Drew Dudley, founder of Day One Leadership

“In matters of style, swim with the current; in matters of principle, stand like a rock.” —Thomas Jefferson, Founding Father and former U.S. President

“All of the great leaders have had one characteristic in common: it was the willingness to confront unequivocally the major anxiety of their people in their time. This, and not much else, is the essence of leadership.” – John Kenneth Galbraith, economist and diplomat

“A leader. . .is like a shepherd. He stays behind the flock, letting the most nimble go out ahead, whereupon the others follow, not realizing that all along they are being directed from behind.” – Nelson Mandela, former President of South Africa

“There are two kinds of people, those who do the work and those who take the credit. Try to be in the first group; there is less competition there.” – Indira Gandhi, former Prime Minister of India

“The art of leadership is saying no, not yes. It is very easy to say yes.” – Tony Blair, former Prime Minister of the United Kingdom

“Do you know that one of the great problems of our age is that we are governed by people who care more about feelings than they do about thoughts and ideas?” – Margaret Thatcher, former Prime Minister of the United Kingdom

“There is a troublesome humor some men have, that if they may not lead, they will not follow; but had rather a thing were never done, than not done their own way, tho’ other ways very desirable.” – William Penn, early Quaker and founder of Pennsylvania

“I think one of the keys to leadership is recognizing that everybody has gifts and talents. A good leader will learn how to harness those gifts toward the same goal.” – Ben Carson, U.S. Secretary of Housing and Urban Development

“You can’t depend on your eyes when your imagination is out of focus.” – Mark Twain, writer

“Anyone who has never made a mistake has never tried anything new.” – Albert Einstein, physicist

“Success isn’t about how much money you make; it’s about the difference you make in people’s lives.” – Michelle Obama, former First Lady of the United States

“I learned that things are never as complicated as we imagine them to be. It is only our arrogance which seeks to find complicated answers to simple problems.” – Muhammad Yunus, Nobel Peace Prize Winner

“We are what we repeatedly do. Excellence, then, is not an act, but a habit.” – Aristotle, Greek philosopher

Do not go where the path may lead, go instead where there is no path and leave a trail. – Ralph Waldo Emerson, poet and essayist

“The most difficult thing is the decision to act, the rest is merely tenacity.” – Amelia Earhart, American aviation pioneer

“If your actions create a legacy that inspires others to dream more, learn more, do more and become more, then, you are an excellent leader.” – Dolly Parton, singer and songwriter

“The best is he who calls men to the best. And those who heed the call are also blessed. But worthless who call not, heed not, but rest.” – Hesiod, 8th Century BC Greek poet

“High sentiments always win in the end, The leaders who offer blood, toil, tears and sweat always get more out of their followers than those who offer safety and a good time. When it comes to the pinch, human beings are heroic.” – George Orwell, author and journalist

“He who wishes to be obeyed must know how to command.” – Niccolò Machiavelli, philosopher and writer

“We cannot drive people; we must direct their development…The general policy of the past has been to drive, but the era of force must give way to that of knowledge, and the policy of the future will be to teach and to lead, to the advantage of all concerned.“ – Henry Gantt, creator of the Gantt Chart

Which of these leadership quotes work best for you and your team?

Which leaders and ideas resonate with you?

Where do you need to make changes?

Use these leadership quotes for your next team meeting, company retreat or presentation as a jumping off point for how you are leading others in your teams or organizations. How To Build Trust In A Team: 12 Things You Can Do Today

Recorded Webinar Stressed-Out Team? How to Prevent & Treat Employee Burnout at its Roots