The Capability Maturity Model (CMM) is part of the basic terminology every competent project manager and business process assessor is familiar with. Even though it’s hey days are in the past, this model which is more a collection of quantifying measures to grade an organization within a niche is still popular.

Originally published in the book “Managing the Software Process” in 1989 by the researchers at the Carnegie-Mellon Software Engineering Institute, the study that yielded this framework was funded by the US air force.

The Capability Maturity Model owes its vision and the impetus behind its origin to the limited experience of software developers prior to the internet boom and the dot com phenomenon. The Air Force felt that in order to keep the number of “failed” projects in check and to improve the success rate of experimentations it was necessary to affect a more structured approach to the issue of development instead of a random, mostly empirical outlook.

An important prerequisite of a successful project is a capable vendor or developer. Crunching data from several government contractors and after carefully observing past and present performances the CMM or the Capability Maturity Model was unveiled.

This framework has 5 maturity levels against which an organization is assessed in terms of the degree of standardization that has been introduced in the practices of a particular domain.

Where project management and efficiency are concerned, a decrease in entropy of a process is indicative of optimization.  The more chaotic an endeavor, the less chance it has of excelling.

The gist of the matter is the fact that the CMM was an attempt to hire vendors who could infuse the software development process of the IT department with the same degree of optimization and structure.

Why did CMM catch on?

When the software niche saw conclusive positive results, the model was adapted by many industries and soon became the benchmark where process standardization was concerned.

The Unique Selling Proposition of the Capability Maturity Model is an ability to judge organizations from all regions of the management competence spectrum. It assigns a separate level to businesses which mostly rely on ad-hoc practices, yet another level to companies with well-defined steps but little to no discipline to execute them and lastly a level describing the organizations that have a collection of finely tuned, optimized processes in place.

It is relative (it is easy to understand exactly how far a business lags behind another in terms of operational rigor) , quantifiable (each level is distinct and discrete)  and descriptive (the characteristics a company must possess to be assigned a particular level are lucidly described) – the three intrinsic virtues of a framework that can be adopted across industries and verticals.

As already discussed the Capability Maturity Model is a framework composed of five levels.

Each level is characterized by Key Process Areas (KPA) which are the aspects of product development or project management which must be covered by organizational processes initiated by the company that is being assessed.

If activities A, B and C cover three critical aspects of development of a unique product D then the requirements leading to the manifestation of A, B and C are three KPAs. Further the company that is carrying out the development will be judged on the basis of its capabilities in executing A, B and C to perfection.

Each KPA is further defined by:

The CMM has now been superseded by the Capability Maturity Model Integration (CMMI). It is believed that it is activity based that is it only concentrates on whether a task is completed and not on the ability (or inability) to achieve the desired result.

The CMMI not only solves this issue, it is also capable of uncovering architectural flaws in processes instead of scrutinizing mostly administrative aspects like documentations, audits and inspections.

Development and management have been recognized as the lifeblood of sustained growth. It is expected that the Capability Maturity Model and its framework will only evolve to offer more granular insights into the optimization of operational processes.

Learn about other project management concepts in the Project Management Glossary.

The Ultimate Project Management Guide for 2022 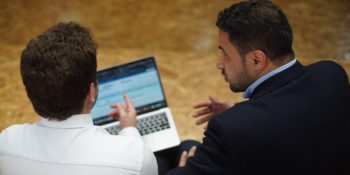